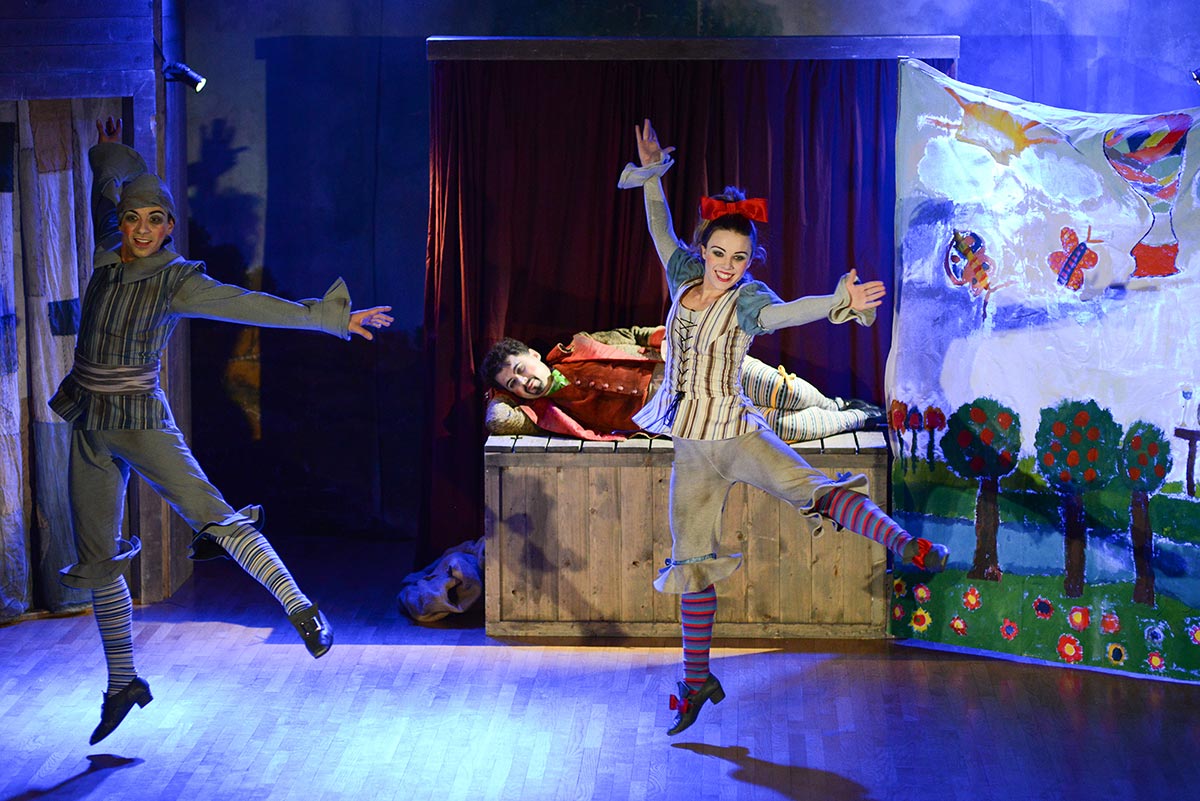 Scenography and Costume as a Means for Youth Education

‘Interactive Opera at Primary Schools’ was a research project with a joint artistic and educational scope led and coordinated by the Greek National Opera (GNO). The project toured 150 Greek public schools over five school years, from May 2012 until October 2015, having broad impact that benefitted over 44,000 pupils and 735 primary school teachers.*

The project involved a fully professional version of Gioachino Rossini’s The Barber of Seville staged as an incentive for schoolchildren to ‘interact with’, i.e. to participate actively in and contribute to an opera performance that took place at their school.

Enthused by the narrative, the music and the characters of the Barber of Seville and Rossini’s life, the children were involved in the design and making of three scenographic objects – a painted backdrop, a costume element, and a stage prop – which complemented the design of the performance. These design-based activities were proposed by the collaborating scenographers and served diverse educational purposes. The children’s participation was based on critical thinking, creative expression, and teamwork, and resulted in the production of collective artworks that were used in the actual performances.

‘Interactive Opera at Primary Schools’ project offered the collaborating scenographers a challenging enriched and expanded role as designer/artists and researchers/educators.

*This project was conducted within the framework of the “Education and Lifelong Learning” scheme and was co-funded by the European Union (European Social Fund) and the Greek state (National Strategic Reference Framework 2007-2013).