Sofia Pantouvaki, PhD, is a scenographer and Professor of Costume Design at Aalto University, Finland. Her background includes over 80 designs for theatre, film, opera and dance productions in Europe, as well as curatorial and exhibition design projects.

She is Editor of the academic journal Studies in Costume and Performance; Vice-Head for Research, OISTAT/Costume; Chair of Critical Costume and Co-Convener, IFTR Scenography WG. She was Project Leader of Performance: Visual Aspects of Performance Practice (ID.Net. 2010-2015); Costume Design Curator for World Stage Design 2013; and Associate Curator, Costume in Action (WSD 2013). Co-Curator of the Finnish Student exhibit, winner of the Gold Medal at PQ15 and international Jury member for PQ19.

Sofia founded Costume in Focus, the first research group on performance costume, and led the Costume Methodologies research project funded by the Academy of Finland (2014-2018). She lectures, supervises PhDs and publishes internationally. Her research currently focuses on the practice of performance costume, curation and clothing in the concentration camps of World War Two. 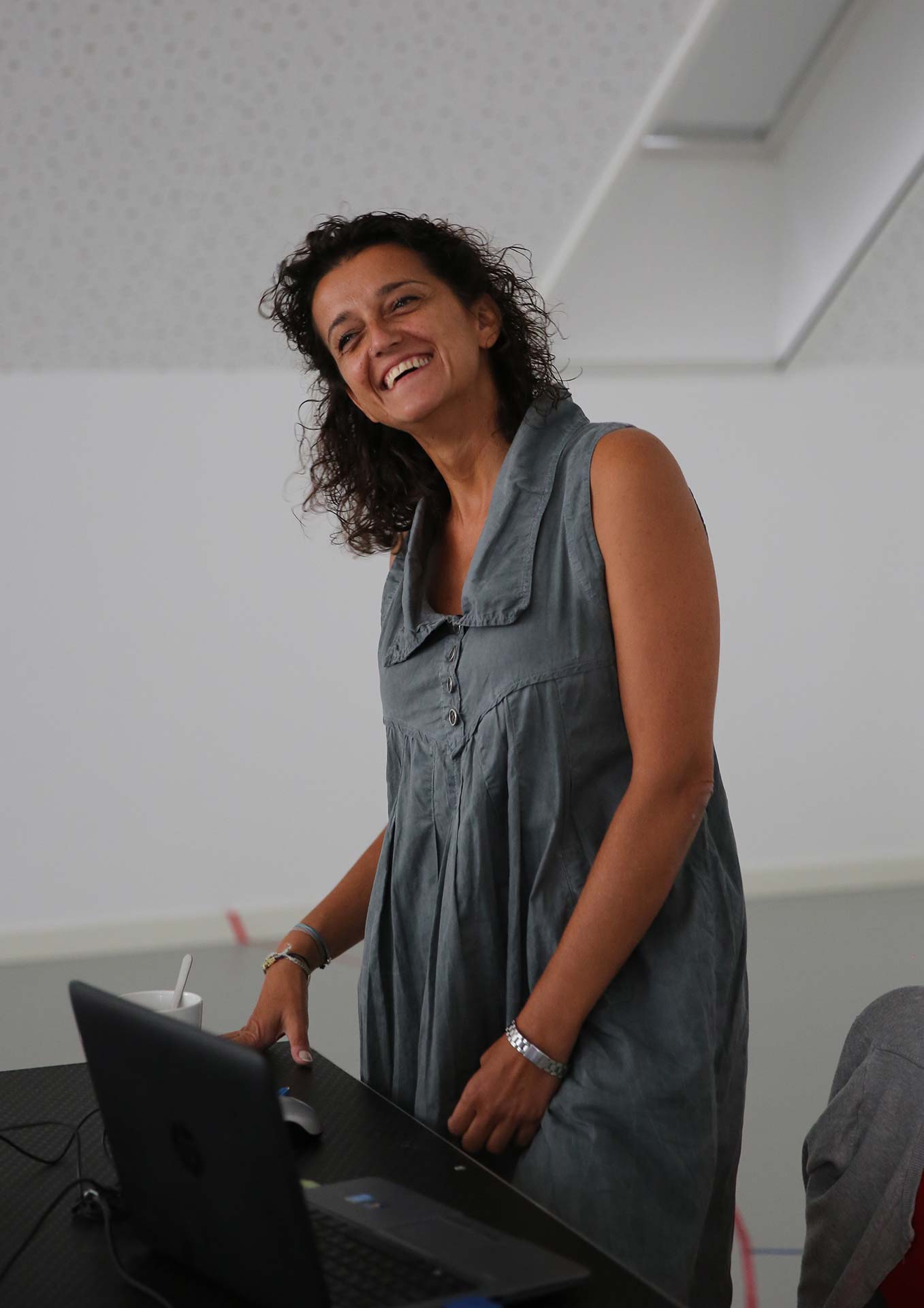 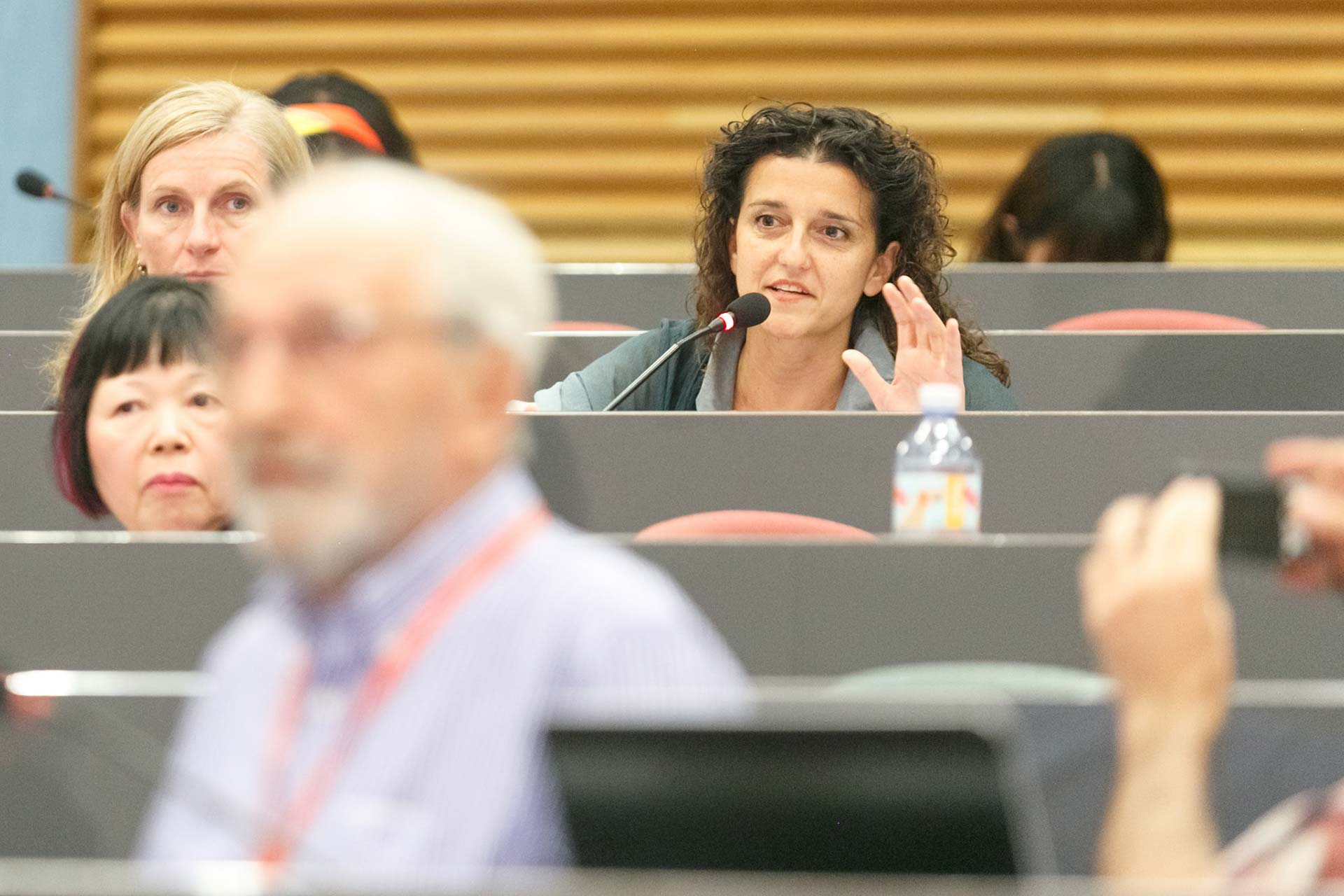 Dr. Sofia Pantouvaki is a scenographer and Professor of Costume Design for Theatre and Film at the Department of Film, Television and Scenography, Aalto University, Finland. She has studied Scenography (MA, 1997), has specialised in design for opera and ballet at La Scala, Milan (1996), and holds a PhD Degree (2008) from Central Saint Martins College of Art and Design, University of the Arts London.

She has worked as a freelance set and costume designer in theatre, opera, musical theatre, contemporary dance and ballet as well as in films and commercials since 1994. Her personal design credits include over 80 productions in Europe (Greece, Italy, UK, Finland, Cyprus) for major institutions including the Greek National Opera, State Theatre of Northern Greece, Athens Festival, Music Centre Helsinki, as well as several Greek Municipal and Regional theatres, dance and theatre groups. She has collaborated as set/costume supervisor and revival designer with the National Theatre of Greece, Megaron-Athens Concert Hall, Cairo Opera House, Athens and Epidaurus Festivals and La Scala, Milan. She has been awarded for Best Production Design and Best Costumes at the Short Film International Festival of the city of Drama (2005). Moreover, she has curated and designed frequent exhibition projects, while her design work has been exhibited in three continents, including at World Stage Design 2017.

Sofia Pantouvaki is a Founding Editor of the academic journal Studies in Costume and Performance. She is Vice-Head for Research, OISTAT Performance Design Commission/Costume Sub-Commission; Vice-President of the Board of Directors of the Hellenic Costume Society; Co-Convenor for the IFTR Scenography Working Group; and Founding Convenor and Chair of the international research platform Critical Costume. She is an Editorial Board Member for Theatre and Performance Design; member of the International Advisory Board of Scene; and an active member of the ICOM Costume Committee. She conceived and led Performance: Visual Aspects of Performance Practice (Inter-Disciplinary.Net, 2010-2015) and was a member of the Global Editorial Board for Catwalk: The Journal of Fashion, Beauty and Style (2011-2016).

She was Co-Curator of the costume programme for World Stage Design 2017, Costume Curator for the World Stage Design 2013 exhibition and Associate Curator for Costume in Action (WSD 2013). She also co-curated the Finnish Student exhibit, winner of the Gold Medal at PQ15 for the Best Exposition in the Student Section and served as an international Jury member for PQ19.

She has been a Post-doctoral Research Fellow in Costume Design with the Greek State Scholarship Foundation (2010-2011). She has taught at the Technological Educational Institution of Athens (2001-2012), the University of Peloponnese (2006-2012) and Harokopion University (2008-2012), and has been guest lecturer at universities in Europe, Northern and Latin America, Australia and Asia.

She is co-author of History of Dress – The Western World and Greece (2010, with E. Georgitsoyanni); editor of Yannis Metsis – Athens Experimental Ballet (2011), Presence and Absence: The Performing Body (2014, with A. Anderson), Dress and Politics /Endymatologika 5 (2015, with E. Petridou) and The Tribes – A Walking Exhibition (2017, with S. Lotker). She is currently writing a monograph on Dress in Auschwitz (I.B.Tauris/Bloomsbury, forthcoming) and editing a collective volume on Performance Costume: New Perspectives and Methods (with P.McNeil, Bloomsbury Academic, expected 2020).

Sofia Pantouvaki founded Costume in Focus (2013), the first research group on performance costume and led the research project Costume Methodologies (2014-2018) funded by the Academy of Finland. Her research currently focuses on the theory and practice of performance costume, curation, scenography as theatre education, costume and technology, and clothing in the concentration camps of World War Two.